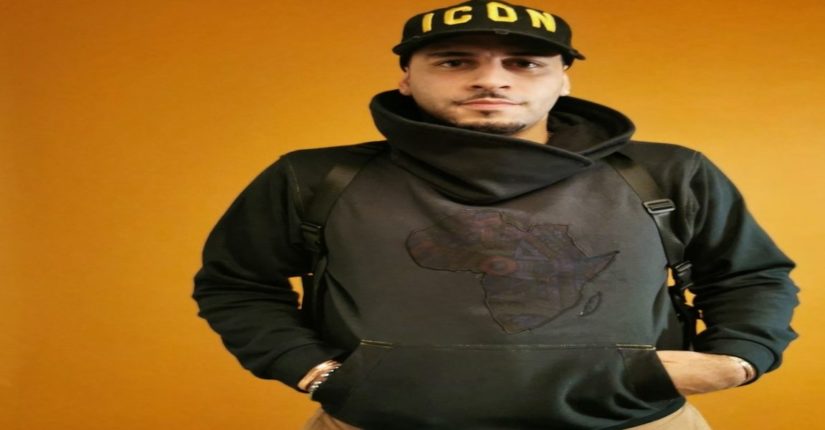 My earliest memories were pretty traumatic. There were a lot of drugs and alcohol in my area, and my house was bare. We didn’t have carpets and the rooms were very empty. We went into care after my mum had been attacked. She’d been raped in an alley and stabbed in the eyebrow. At nursery we were told that our Mum was ill and we wouldn’t see her again. I already knew that was a lie because I saw what had happened to her, but I obviously couldn’t verbalise it as a 4-year-old.

We went into a foster home where it was a completely different culture – the smells were different, the tastes were different, the environment was completely different, and the family were a different colour to us. We didn’t understand what was happening because nobody really explained what was going on so we stayed quiet. When we became a bit more like our normal selves we used to jump up at the door to open it and go out onto the streets. We were used to that freedom, but the family kept bringing us back and locking the doors. Because we weren’t listening they ended up beating us and locking us in the cellar. We weren’t allowed to sit on the sofa, we had to sit on the floor. We wouldn’t eat at the same time as the family, we’d eat afterwards and be given bowls of what looked like dog food. It wasn’t nice, and it was the emotional abuse rather than the beatings that left the scars.

I began to remove the layers and started to understand that by going through all this trauma I wasn’t weak but incredibly strong. It was a completely new concept to me. That’s when the Topé Project began. In school I recognised people talking about family, but I didn’t really understand what a family was. I used to do the Tracey Beaker thing, making up ideas of where I thought my family was and incorporating it into conversations. I used to tell people that my Mum was flying around the world. Lots of different people would pick me up and my friends would ask me who my Mum was. One year we were in the local newspaper – my brother, sister and I had an article written about us to see if anybody wanted to adopt us – and then it was out in the open and everyone knew we were in care.

We got moved into another home with a lady from Trinidad. She was very loud and this was where my life changed for the positive. We had somebody who genuinely cared for us, showed us love, and didn’t beat us. It was very strange at first and we used to run away. We’d break glass, break all the toys, and she recognised that something wasn’t right. Once she dug a bit deeper she realised that we’d been abused in our previous home. With the other family we were the Mum and Dad’s job, but in this new home the whole family accepted us and we were part of it. It was really nice and natural, and a beautiful way to feel like you were loved and respected.

She took us on holiday to Trinidad and Tobago, which was amazing. It was the first time I’d ever seen clear blue water. Trinidad was lovely but Tobago was beautiful on another level – the tranquillity and calm was just so healing. I’ve never forgotten what it looks like; the sun coming down, being on the shore for hours just chilling and eating good food. It was magical and it made me understand that the world is bigger than where we lived. There was so much beauty, but there was also a level of poverty. The people didn’t have much in terms of physical stuff, but they had a lot of spirit and they were happy. This is where I began my journey of discovery, learning about myself and about the world around me.

At the age of 13 I started to work with Barnardo’s around children’s rights. We campaigned for sleepovers – if you wanted to stay over at your friend’s house they would have to do a police check on the family which could take up to 6 months. This means your friends know you’re in care, and their life is being intruded in by police which can be really uncomfortable. We campaigned to get that changed and we did. Foster carers can now make the decision like parents would do, making a judgement call if they feel it’s safe.

We were there for quite a while, but then the house got shot at. There was a lot of violence in the area and our house got mistaken for somebody else’s. The shooting happened on the Friday and they moved us on Monday after school, saying it wasn’t safe. This hurt a bit. It gave me a message that our lives are cared about 9-5 Monday through to Friday. These people claim they care about you and want to keep you safe, just not on the weekend. It was also done with no consideration about how I felt about my carer and the bonds we’d formed.

I went through a depressive state, going through a few months of not wanting to be here. I was 15 at the time and they moved me into another foster home but I didn’t stay long. The carer didn’t want me there. She was new to the job and she’d taken on me and my sister, and I heard her telling the social workers that she didn’t have space for me, even though we all had our own rooms. I didn’t want to be somewhere I wasn’t wanted and I moved into a hostel, which was crazy. On the first day they had to stop one guy stabbing his friend. My clothes got stolen from the washing machine and it was the worst part of care because it was so unsafe. There was a lot of violence, theft, isolation, not feeling safe which was really tough. At the same time I was doing my GCSEs, and finding it difficult to manage my emotions.