What comes next: Levelling : The Playing Field For Care Leavers 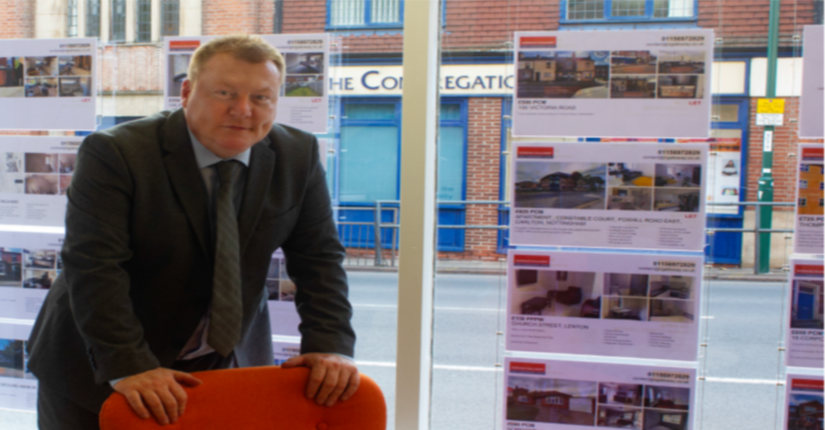 The Fostering Families team caught up with Terry Galloway, who is determined to make sure that young people have the right opportunities to help them thrive when they leave care. We spoke about the brilliant initiatives Terry is involved with, including a Local Offer website which is set to launch in September and radically improve the support that care leavers can access.

Terry Galloway grew up in care. By the time he left he’d lived in over a hundred places, and was used to going in and out of children’s homes and foster homes. Leaving care wasn’t a great experience because he didn’t have a strong support network, and it took him ten years to get settled on a proper pathway.

“My sister had children who went into care and she was murdered by her boyfriend in a domestic
violence incident. My brother, a similar sort of story, he’s got children who have gone into care, he’s
been in and out of jail, on drugs and alcohol. If you look at all the bad statistics that care leavers have
or where they’re mostly represented – prisons, alcohol dependency, homelessness – that’s my family.
That’s what they’ve all been through. At the end of the day, all this trauma destroyed my family. Not
only did we get taken into care, we ended up getting abused whilst we were in the system as well.
“I managed to survive and I run my own companies now and do a lot of campaigning, and I want
to create a system where children transition from care a lot better than how my family did. My mission is to create a job opportunity for every child that leaves care.”

How is Terry doing this?

He strongly believes that you need to create a network so that when young people leave care they become interdependent on the community. There’s a big emphasis in the care sector on becoming independent, but this isn’t the best approach because being independent causes social isolation. Creating systems where care leavers are more integrated within the community and getting everybody to play their part – this can be businesses, charities, social care, other government departments, and the wider community at large – will have a far bigger impact.

“A community is only really judged on how it treats its most vulnerable so, for me, it’s about the whole community
helping to transition care leavers.”

“At 18 young people jump off this care cliff, and, on top of going into work, they have to learn about living independently in a house, they’ve got to pay all their bills, shop, do all the washing. The average age for kids to leave home in England is 26 years old, but our care leavers are out there at 18, competing with other young people in the labour market who don’t have all these bills and get all this support from their parents.”

That support network is really important to bottom out for care leavers, and it includes levelling up care leavers. It includes things like council tax exemption – if they do work they shouldn’t have to pay for council tax, or water bills, or for the leisure centre. This is not about feeling sorry for them – it’s about levelling them up because other kids don’t have all these additional expenses because they’re living with their parents.

“I’m trying to demonstrate to the government that they should create a national scheme for care leavers. I’m currently demonstrating to businesses that care leavers can produce more and be a much more valuable employee. The idea is to create a business case, a value proposition – it’s not about charity just because they’re from care, but because they are the better candidate.”

Integral to this is preparing care leavers better. All the skills they gain from living independently helps them, and wrapping soft skills around this will make them even better.

“I’ve been working with a firm in America who demonstrated a good business case – they did a pilot with a big supermarket chain. In the supermarket industry, the retention rate of staff is not very high – there’s a lot of transient people and a lot of students who don’t stay very long. The employer has to retrain 65% of their workforce every year, which comes at a cost. The retention rate was 35%, but when they put care leavers in those roles the retention rose
to 90%. Not only was the care leaver staying longer, but they were being promoted twice as fast and producing more.”